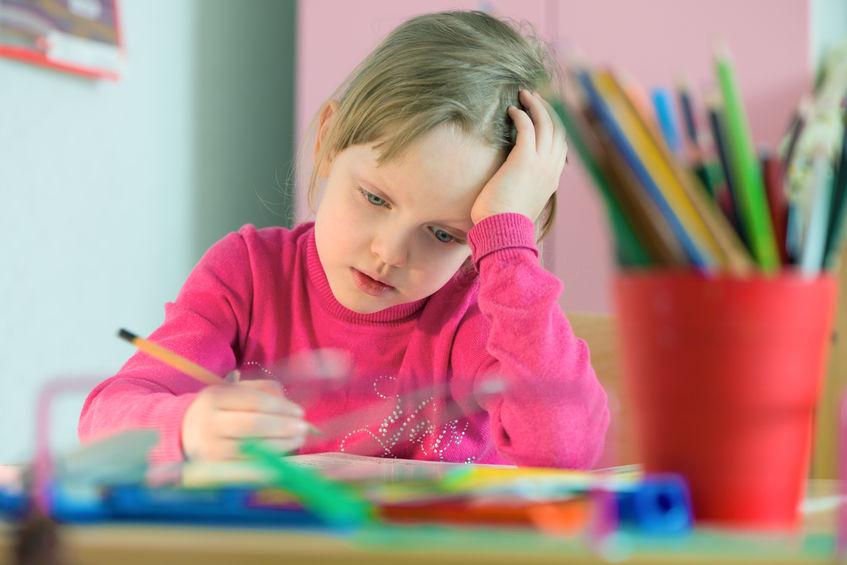 Perfectionism sounds like a good trait for kids to have. After all, who doesn’t strive for perfection? In reality, though, nobody is perfect, and making our kids believe that they must be so can create a paralyzing fear of failure. Instead, it is much healthier to teach our kids that it’s OK to make mistakes, and that we’ll love them even if they’re not perfect.

If you’ve noticed that your child has developed an unhealthy sense of perfectionism, here’s how you can address it:

If your child tried their hardest and only got a C on their paper, then that’s just as good as receiving an A. Teach your kids that it’s their efforts that matter the most to you, not the outcome. Even if they did get an A, praise them for how hard they worked rather than the grade. That way, if there comes a time where they’re struggling to get higher than a B, they won’t feel disappointed in themselves.

When disappointments do happen, teach your child how to deal with that disappointment in a healthy manner. Instead of wallowing in it, or beating themselves up over it, teach them how to accept it and move on. For example, if they did bad on a test, instead of saying to themselves “I’m so stupid, I should have never let this happen!” encourage them to say “I didn’t do as well as I wanted, but that’s OK. I’ll try to do better next time.”

Perfectionists want everything to be perfect, but there may be some circumstances that are just outside of their control. For instance, if your child is playing on a soccer team, they can’t control what the other team or their own teammates do. They can only control what they do. Teach them that they need to focus on what they can control, not what they can’t.

Here at Steadfast Academy, we encourage all of our kids to accept their mistakes. To learn more about programs, contact us today!

NOW ENROLLING!
Schedule a Tour or Submit an Inquiry Now!